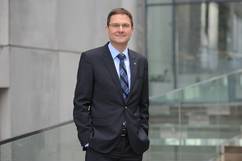 His career in the energy industry began in 1997 with Ruhrgas AG Technical System Design in Essen. After holding various positions in technical and commercial gas transmission management with E.ON Ruhrgas AG, he was appointed member of the Board of Directors of eustream, a.s. in Bratislava in 2006, where he later took over as Chairman of the Board of Directors. By the end of 2011, he developed eustream into a separate and independent transmission system operator, which in terms of transmission volume belongs to one of the largest TSOs in the EU. In early 2012, Andreas Rau was appointed member of the Board of Directors of SPP, a.s. in Bratislava, where he was responsible for gas supply & sales, gas trading, electricity sales activities and portfolio optimization until early 2013.

He has been the CEO at NET4GAS since December 2013. 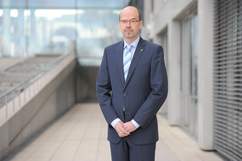 Radek Benčík studied the field of thermal and nuclear machinery and equipment at the Faculty of Mechanical Engineering of Brno University of Technology and in 2005 graduated MBA at Nottingham Trent University.

From 2008, he was engaged at Alstom, s.r.o. in the position of Managing Director and Chief Executive Officer for Thermal Services - Czech Republic and Slovakia, while at the same time performing a management role in charge of Central Europe and the countries of the former Soviet Union. In this position he implemented emission reduction projects at power plants and CHP plants, e.g. for the ČEZ Group at Prunéřov and for the Žilinská teplárenská district heating company in Slovakia. Prior to that, he had served as CEO and Chairman of the Board of Directors at ŠKODA Praha, a.s., while also holding the post of Managing Director at ŠKODA Praha Invest, s.r.o. From 2001 onwards he worked on the management of ŠKODA JS, subsequently being appointed the company’s CEO and Chairman of the Board of Directors, and also served as a member of the Board of Directors of the international group OMZ - Nuclear Division. 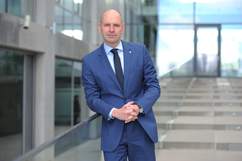 Václav Hrach graduated from the Czech Technical University in 1997, where he majored in corporate finance and management at the Faculty of Mechanical Engineering. He stayed on to earn a Ph.D. in 2000. He began his professional career during his last year of studies as a marketing specialist with Škoda Praha, a.s. From 1997 to 2000, he was a partner in TES Praha, a.s., where he oversaw a number of large-scale information control and management projects. At the same time, he worked as a lecturer at the Institute of Corporate Finance and Management associated with the Faculty of Mechanical Engineering of the Czech Technical University. In 2000, Hrach joined MVV Energie CZ s.r.o., where he first served as CFO, and from 2005 as CEO and Managing Director. He was appointed a member of the Board of Directors in 2009, and was later appointed Chairman of the Board of Directors of MVV Energie CZ a.s. In this position, he successfully completed a group-wide restructuring program, achieving a considerable increase in the group's market share and the added value that it generates. Václav Hrach represented MVV in the Executive Committee of the Heat Association for District Heating of the Czech Republic, and in the Executive Committee of COGEN CZECH.

We use cookies to improve our services. Read information about how we use cookies and how you can reject them by setting your browser.